Playing an absolutely packed Brudenell Social Club, Alabama 3’s nine members are a bit cramped but it doesn’t show in the energetic and expansive show. So; they’ve played much bigger places, but seeing the best venue in Leeds packed with dancing people ups the ante. 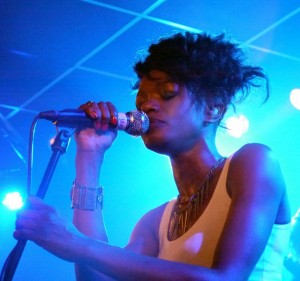 A big part of the fun is people watching – the place is packed with a more than usually eclectic crowd. Although formed in the late nineties, the band have become a reunion for people still loved up from the rave scene, oddballs, members of the counter culture and anyone who just likes a big party. Despite rarely troubling the charts, Alabama 3 have a reputation for one of the best live bands in the country and it’s a hard-won and well-earned plaudit. Over half a dozen shows, I’ve rarely felt anything other than elated on leaving and when I haven’t, it’s been the venue at fault. Tonight the bar is too packed to get near and I spend the ninety minutes at the stage front, stone cold sober and dancing with strangers – not many bands do that to you. 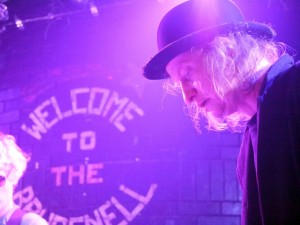 It all comes down to the dirty swing of the band, fusing dance beats with the blues and adding a teeny touch of country. Then there’s the suspension of belief as the Reverend Wayne D Love delivers a sermon about how Elvis fed a whole bunch of people seafood in Clambake before Larry Love leaps and twists, impossibly cool. Super-skinny Aurora Dawn’s powerful vocals don’t hurt and it is all kept tethered to earth by Orlando’s laconic keyboard style, lugubrious persona and bowler hat. A laptop keeps things up to date and the usual panoply of drums, guitar and bass is supplemented with a harmonica. There is an element of audience group suspension of usual gig norms, dropping of barriers and agreement to party hard and play nicely. 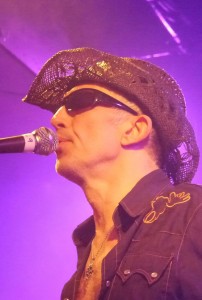 There is plenty off the new album but no sense of that being a damper, like with many bands – perhaps because it is more of the same. Opener, Black Betty, is a twist on the old blueser, while Bad To The Bone sees proceedings really hot up. Oldies like Mao go down fantastically and Woke Up This Morning gets the reception you’d expect. Purple Tin is a great gospel song and Rainbows lifts things another notch. Deterrent swings really really hard and before we know time has passed, we are into the encores – Holy Blood, Power Blood and a rousing Too Sick (“don’t call the doctor, I’m going to get better”). 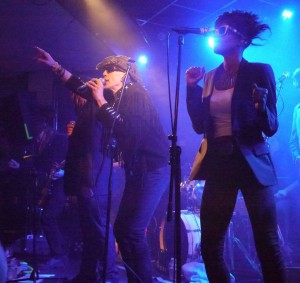 The annual Alabama 3 tour is something to look forward too, not just for a spot of nostalgia – the band keep looking forward – but because this is the best live party band in the country. 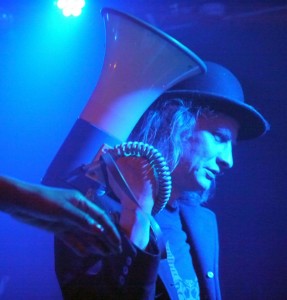 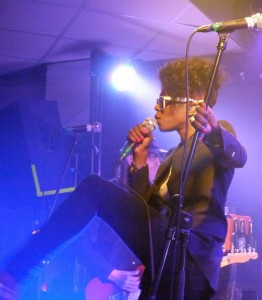