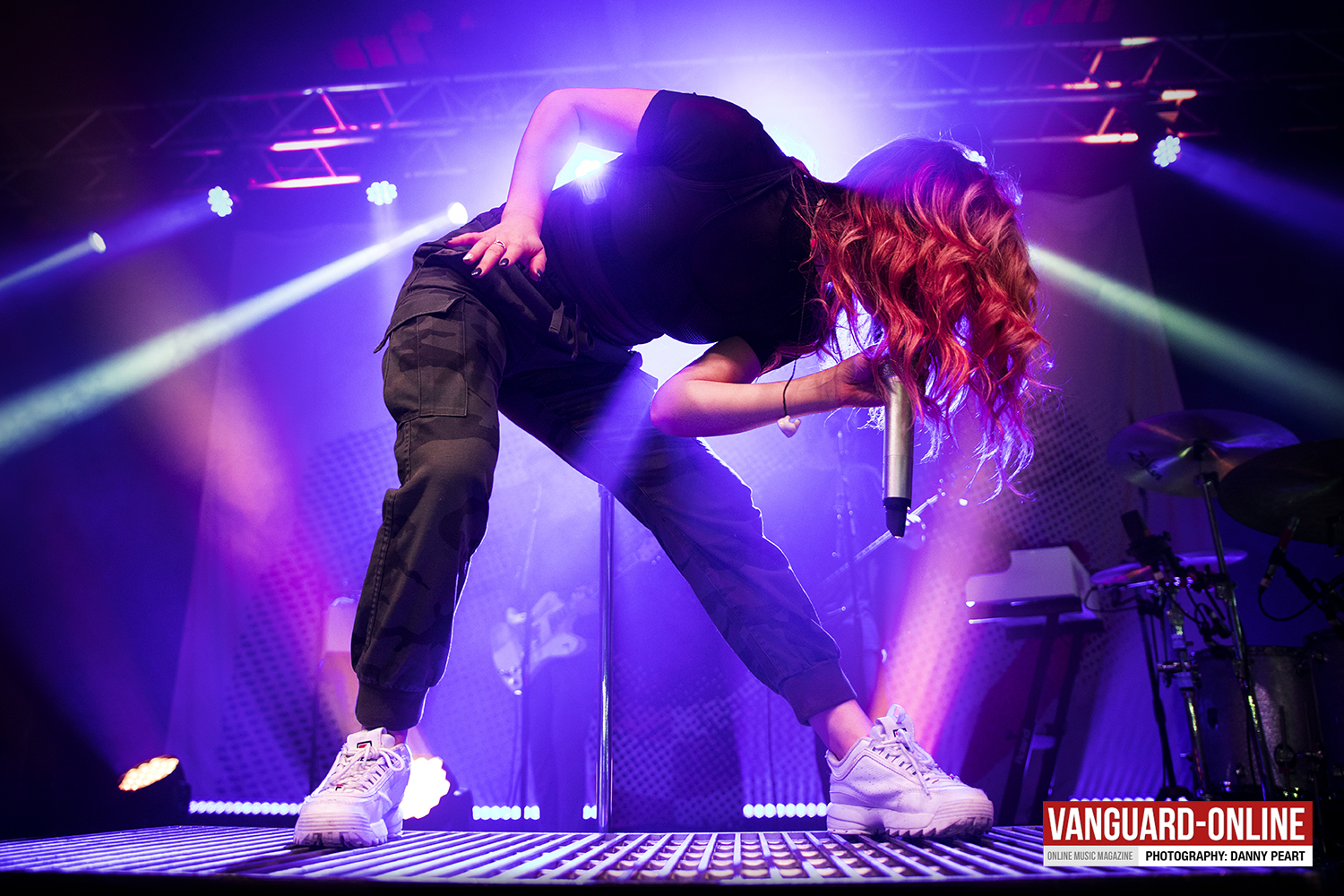 It only feels like last week since we witnessed Against The Current (8.5) grace the stage at the Stylus in Leeds after the release of their last album ‘In Our Bones’, but it was 2 years ago since that night and it’s one we remember well after such an energetic show. This time they return to the Stylus ready to kick off their next album cycle for ‘Past Lives’ and we can’t wait to hear some new music live for the first time!

New album opener ‘Strangers Again’ softly open up the show in a reserved manor with it’s steady drums and clean guitar, as Chrissy Costanza’s vocals are on full display boasting her capabilities within minutes of the show starting. ‘Personal’ also follows which similarly presents a much more matured feel for ‘Past Lives’ with its steady flowing synth pop and it sounds brilliant live. 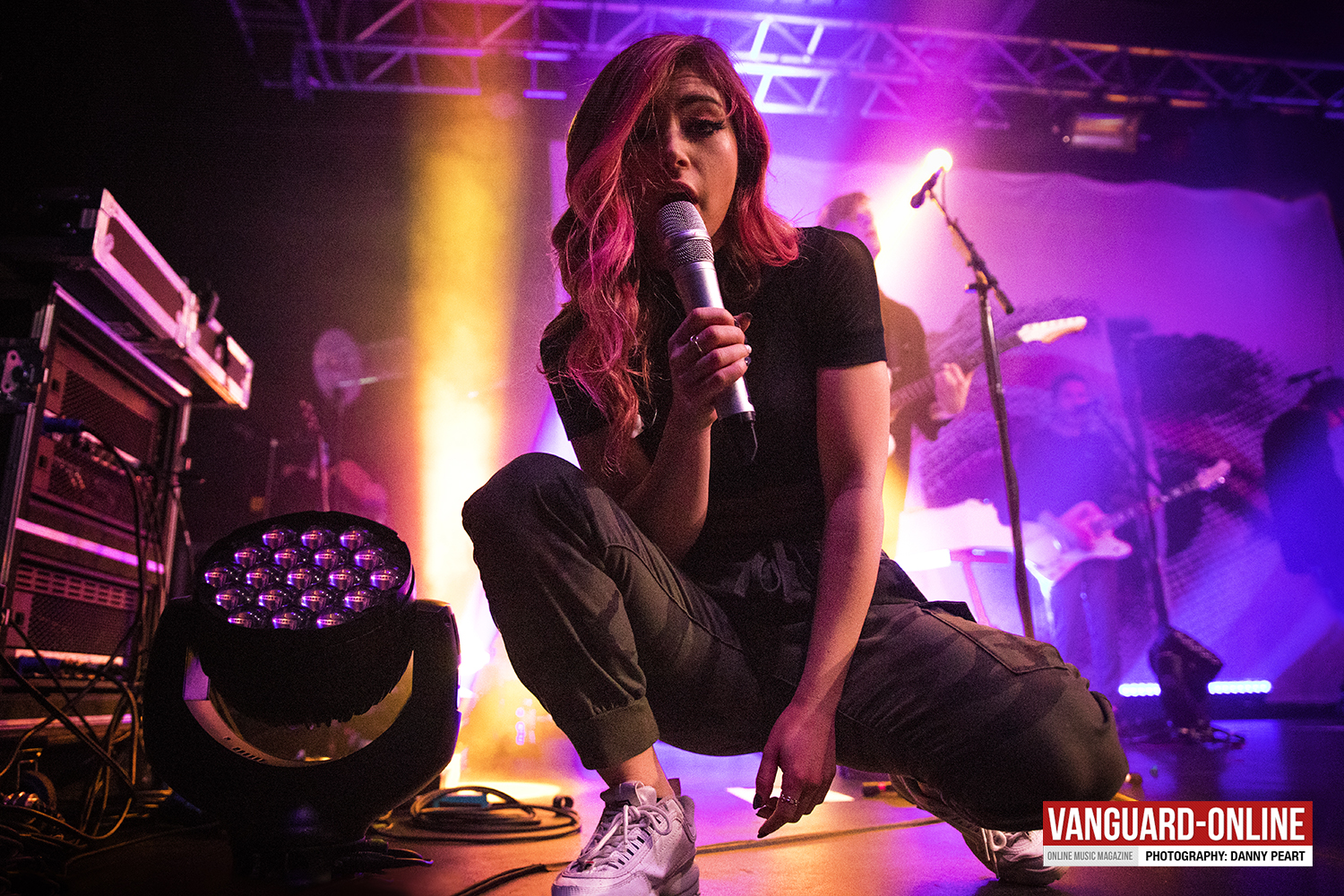 It falls to the much more familiar ‘Gravity’ which has a little more drive to it’s chorus to get everyone moving along for the first time tonight. Loud, bouncy and drum driven, ‘Gravity’ will always be a big part of ATC’s live show purely because it always sounds incredible live and has a real spark to it which ignites a reaction from the fans. ‘Chasing Ghosts’ and the recent release ‘Almost Forgot’ calms things back down a little but it doesn’t stop the Leeds crowd from singing their hearts out. ‘Almost Forgot’ again has a modern pop glimmer to it and we love it.

Chrissy points out a fan she met before the show to tell a story of this being their first ATC show as they were too young to come to the last show here, before sending us into a couple of golden tracks from the past in the form of ‘Talk’ and ‘Running With The Wild Things’. Both provide plenty of attitude and rock for us all to start moshing too, including the frontwoman bouncing along on the risers and frantically gliding around the stage making sure every available space is covered. It’s moment like this in ATC’s set that really stand out, as out of nowhere they can burst into liveliness and create an electric atmosphere in any sized venue. You just can’t help but be involved. 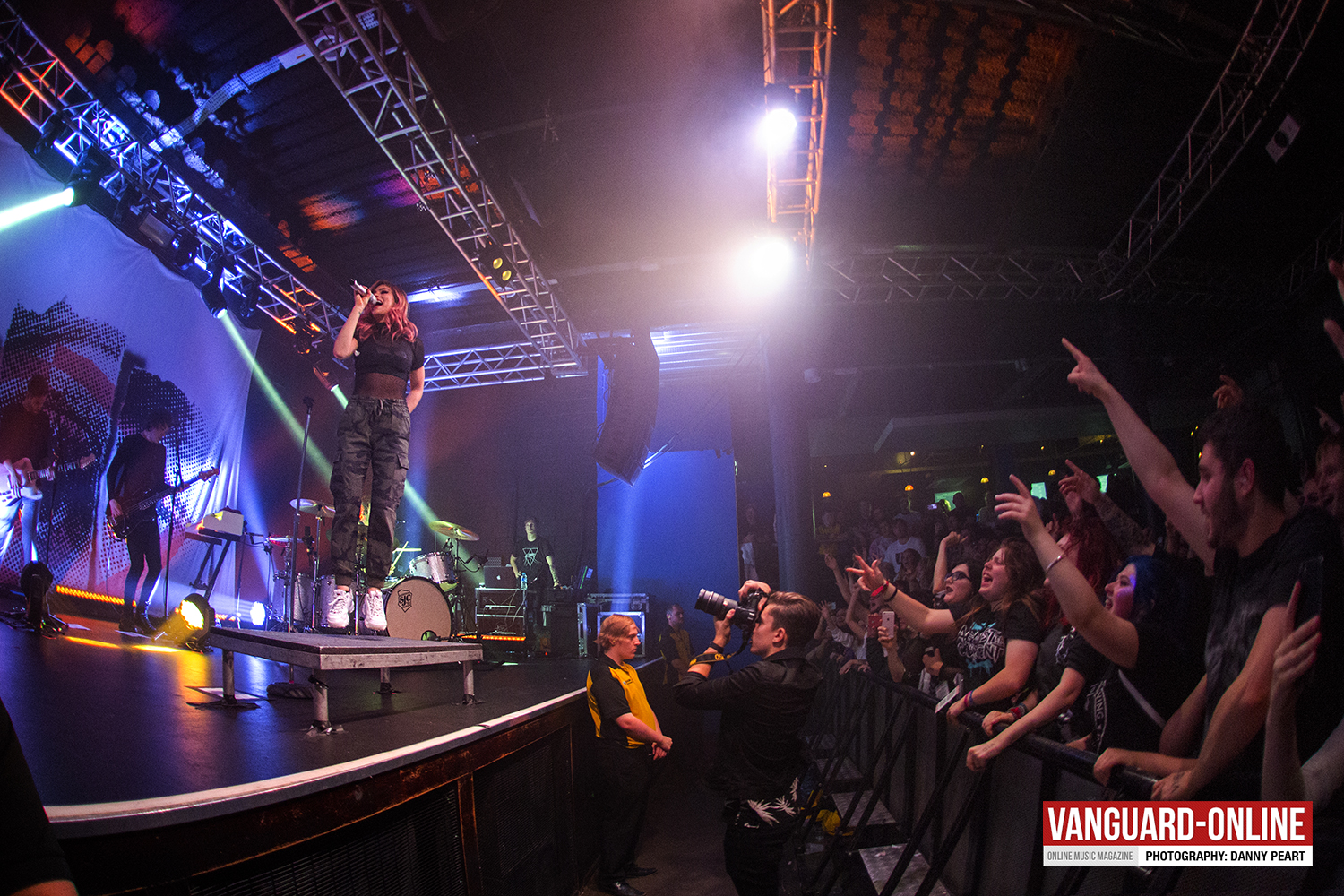 Once again we’re treated to some new material, this time the infectious chorus of ‘Come Alive’ is easy enough to learn quickly to sing along to. It’s a song that wouldn’t sound out of place sang by the likes of Ariana Grande, with the soft beating chorus and beautiful vocals. However it is without doubt that the stand out track from the new album that we’ve herd so far tonight is the incredible ‘Voices’. It’s got a real party vibe to it and we’re lead into a huge chorus filled with plenty of groove to have us all moving once again. It’s no surprise to see it become the next big single from the new album and we expect to hear it everywhere. 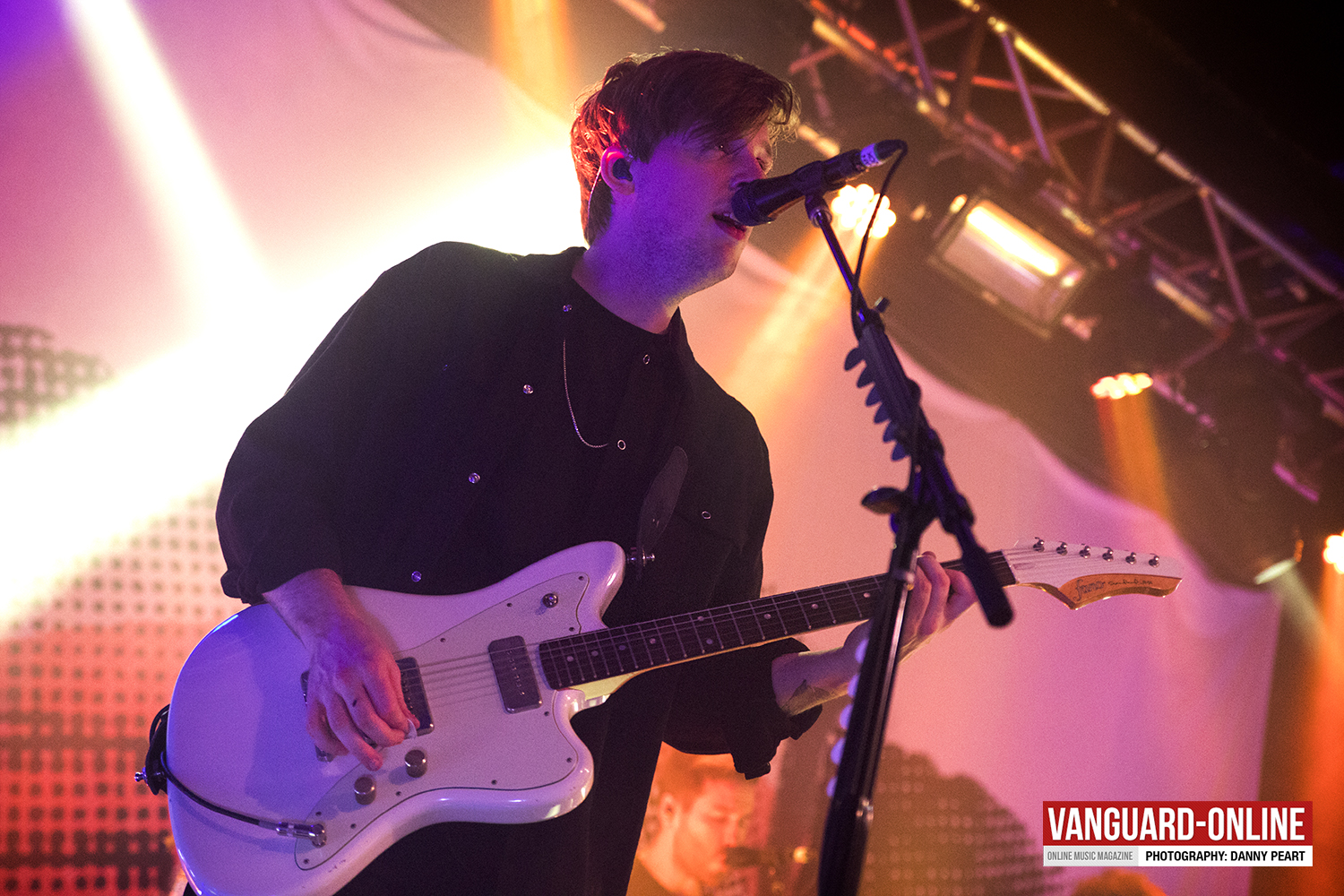 ‘Runaway’ and the stripped back ‘Demons’ from the previous album sees out the set with tranquillity, before a demanded encore from the Leeds crowd see’s them return to the stage to be greeted by fans holding up paper banners with ‘We Are ATC’ scrawled across them, bringing a tear to the eye of the frontwoman as the reception from the fans for the new album has been phenomenal so far.

The acoustic ‘In Our Bones’ mixes things up temporarily before ‘Wasteland’ closes the night the way it should be with Against The Current at their very best. We even get the trademark back bend from the frontwoman which always gets a big reaction as she sings out the chorus one last time.

Against the Current seem to be onto something very new with their latest material. There’s a real sense of maturity and personality to their new music which will undoubtedly be the start of a new chapter for the band. I can’t wait to see where it takes them next. 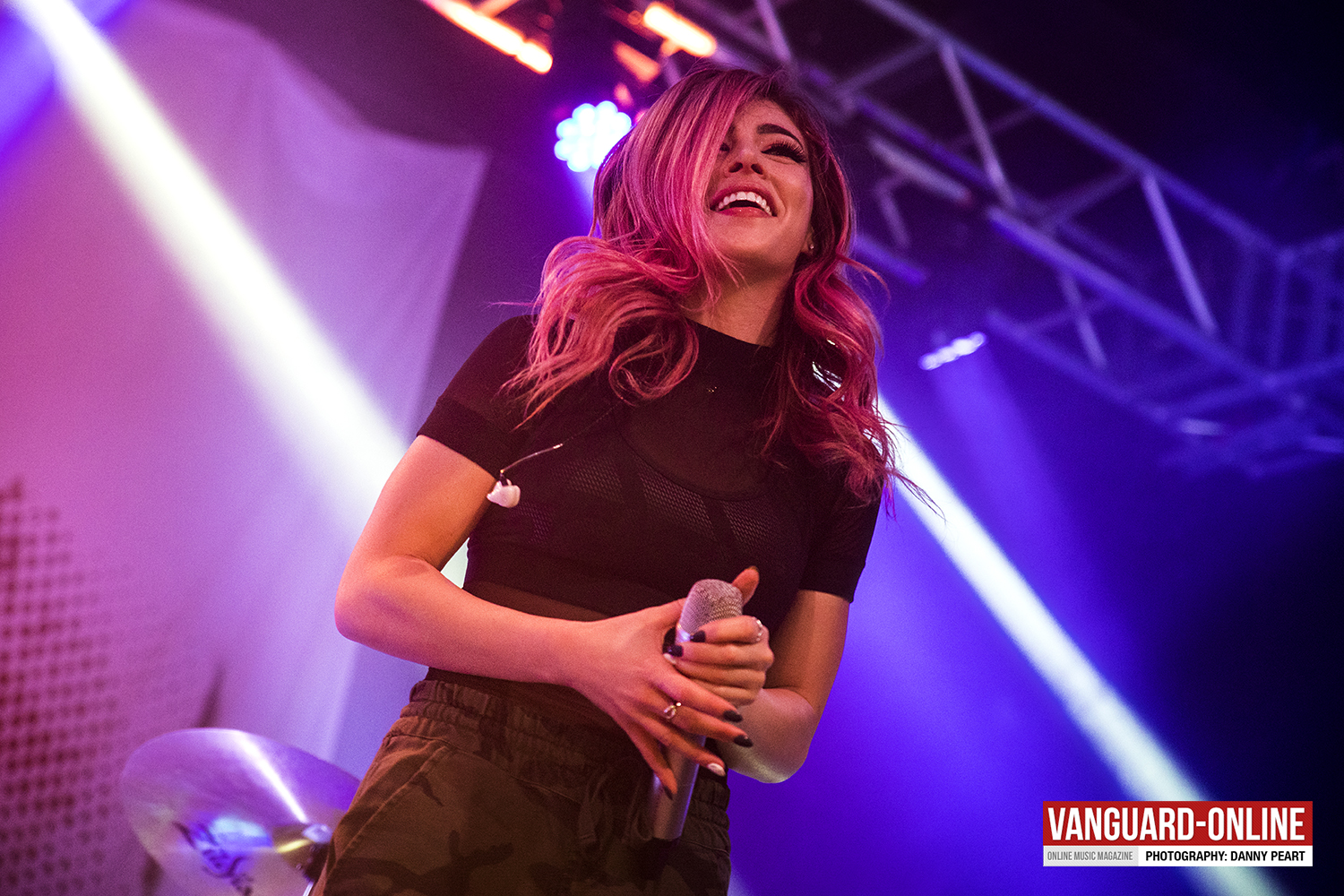 (PLEASE DO NOT CROP OR EDIT PHOTOS)